We can offer different classes of carriage according to your wishes:
In our Office, you can purchase tickets for all trains operated in Russia. Generally, there are some trains popular with foreign tourists: Train №100Э or №099Э – operated between Vladivostok and Moscow (Moscow time + 7)

The train #100/099 operates on the route Moscow - Vladivostok once in two days. Its schedule changes throughout the year. Making 120 stops on the route the train crosses the distance of 9300 km.
Only 2nd and 3d class carriages are available on this train.
This train offers lower ticket prices than a branded train #001/002 Rossiya. 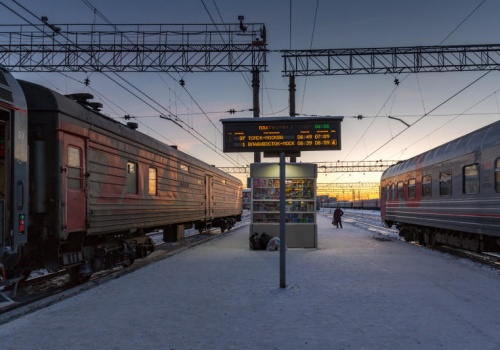 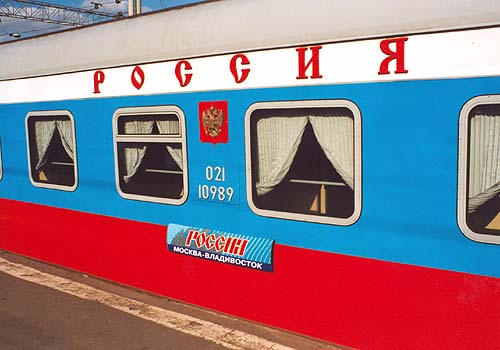 A journey on the Trans-Siberian Express 'Rossiya' is the longest train ride in the world. The train goes through 90 cities. Travel time is 6 days.
The train has 1st, 2nd and 3rd class carriages, and also a nice restaurant carriage. Rossiya train is considered one of the best trains in Russia in terms of service.

Train 005/006 Okean (translated as Ocean) that travels between Khabarovsk and Vladivostok route is considered the best privately run train in the Far Eastern region of Russia. The train has VIP 1st, Regular 1st class, 2nd class and 3rd class compartments, all with air-conditioning. The train also has a compartment for disabled people and a nice restaurant. The trip takes 11 hours.

Coach prices differ almost by half. The 1st class is 2 times more expensive than the 2nd, and the 2nd class is 2 times more expensive than the 3rd. Foreign tourists travelling by the Trans-Siberian Railway usually use the 1st and the 2nd classes. The 3rd class is used by Russian travelers mostly, and foreign tourists don’t usually buy it. Foreign travelers normally choose compartments as the best type.

VLADIVOSTOK RAILWAY STATION
If you come to Vladivostok by train, the first striking impression is the gorgeous railway station. Nicholas II, cesarevitch of Russia, founded the station and railway simultaneously in 1891. Also, be sure to check out the post on the platform with kilometer mark “9,288” which symbolizes the final station of the Trans-Siberian Railway.
The railway station is located in the center of Vladivostok and is one of the main transportation hub in the city – many bus and car routes go through the railway station. Also, behind the station you can see Marine terminal, which has impressive view to the Golden Horn bay.

BUS
The «Railway Station» bus stop is located right at the station’s exit, where you can find routes heading to different areas of Vladivostok.
Buses run with intervals of between 2 and 18 minutes, and the cost of a one-way trip is 23 rubles. You can find public transportation routes here.

TAXI
Taxi service is very popular in Vladivostok. Nevertheless, please remember that not all the drivers can speak English. In order to avoid any misunderstanding, you can take our transportation service – we will be glad to arrange for you comfortable and quick ride.
A taxi around Vladivostok costs on average 250 to 300 rubles (without luggage). Stay around these prices when offered a taxi on the street. Alternatively, you can use the mobile app «inDriver» or the «Maksim» taxi service.
Vladivostok residents generally use the taxi services «Lider» +7 (423) 278-78-78, «Maksim» +7 (423) 251-11-15