Russky island is the island in the Peter the Great Gulf of the Sea of Japan, a part of the Eugénie Archipelago. It is the largest of the four islands in Primorsky region currently inhabited. The population of Russky island is 5360 people as of 2010. It is also home for the Far Eastern Federal University.

The first map of the island was published in 1859 but only northern and western shores were shown on it. One year later, in 1860, the island became an official part of the Russian Empire. A full map of the island was created in 1865. In that period the island had two names, Kazakevich island (after the first military governor of Primorsky region) and Russky island. After the Great Patriotic War Russky became the only name. According to one theory, the island was named Russky (Russian) in honor of Russia. According to another theory, that name was a duplication of the name of Russian mountain.
In the Soviet period the island had a status of a restricted territory for a long time because of numerous constructions of the Vladivostok fortress and military units situated there.
On Russky island there are 47 hills of different height. The coastline is very creeky. Its length is 123 km. Some uninhabited islands are situated close to the Russly island coast.
There are also 24 streams, 1 river and some fresh water lakes on the island. The major part of its territory is covered with forests. 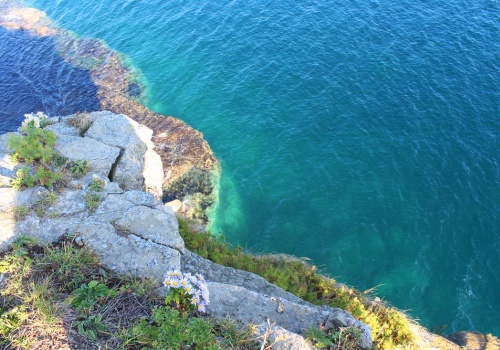 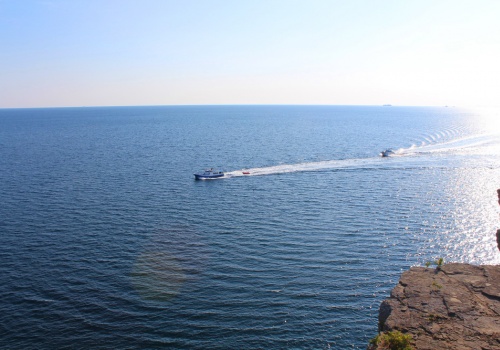 Till 2012 a ferry line used to connect the island and Vladivostok. However, in 2012 the Russky bridge between the city and Russky island was built. It is considered to be one of the largest cable-stayed bridges in the world. Thanks to this bridge the way from Vladivostok to the island was reduced from 3 hours to 20 minutes and the ferry line was closed.

Nowadays Russky island is opened for residents and guests of Vladivostok. It is one of the most popular recreation places of the city. Here you can dive, sunbathe, picnic, fish and so on. There are no industrial, construction or other enterprises here.